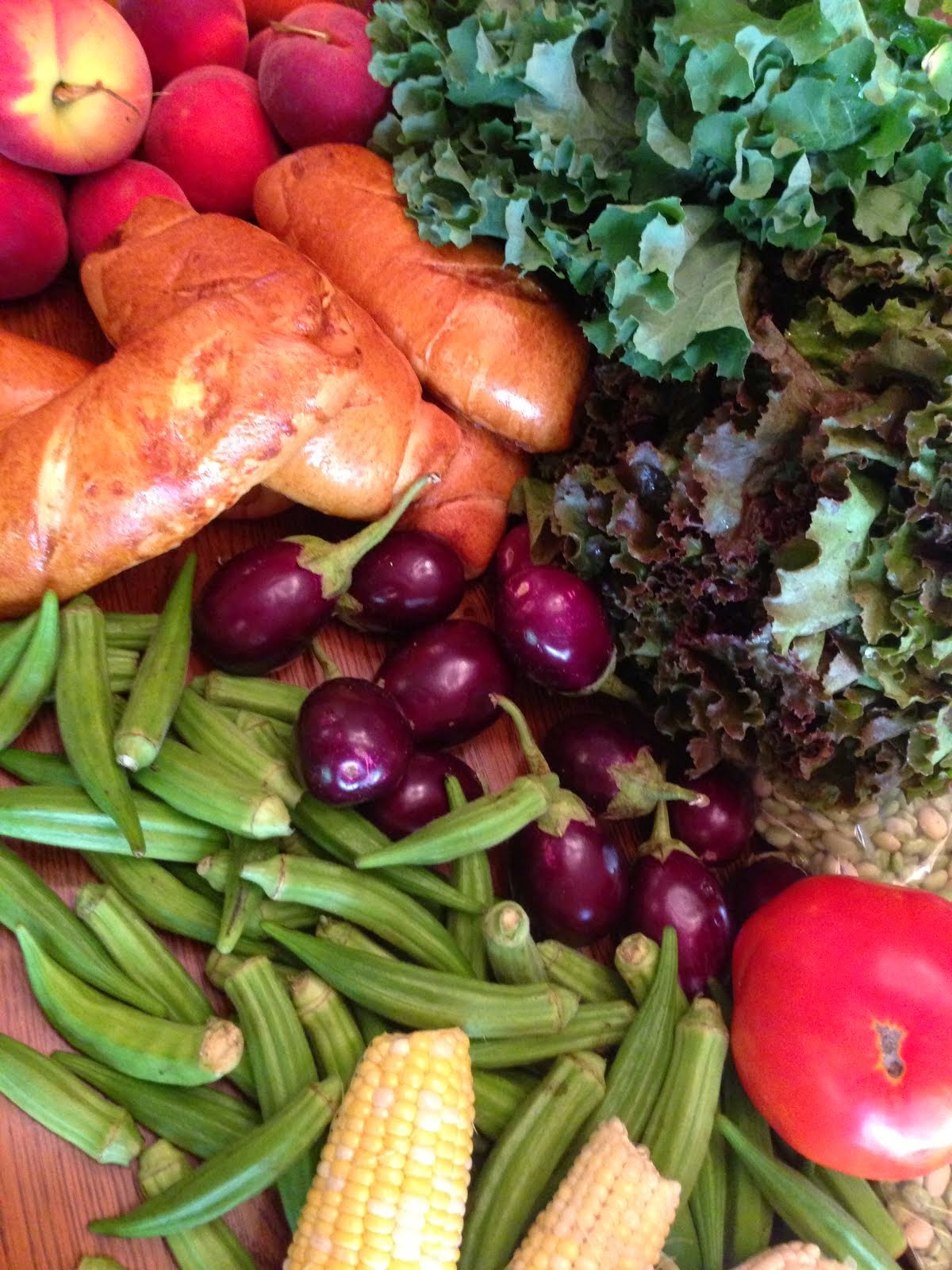 
This post originally appeared on the Taste and Savor blog on on August 13, 2012

Though the official end of summer is still a few weeks off, summer as I know it has come to an end. Vacations are now cherished memories, my workload has picked up and the kids are back in school. As many of you know, I had the opportunity to travel to Alaska last month with my parents and nine year old son. My parents generously offered to take both of my children on a special trip. Last year was a tour of Italy with my daughter and this year the Alaska trip with my son, Zach. Although, not officially invited on either one of these trips, I could not help but tag along as they were both places I had not yet been in my travels. The sad thing is, is that I only have two kids and have no wonderful trip to look forward to next summer. Perhaps I can convince the parents, that my new furry, four-legged child Charlie needs a trip to Paris, after all, he is small enough to fit into a Louis Vuitton bag for convenient and chic travel and I know the French love taking their "petit chiens" out to the cafes. I will certainly get working on that, but in the meantime will fill you in on my trip to Alaska.

I had no idea what to expect of this last frontier. I knew there would be salmon, (Because, what else is there to think about on a trip other than what you are going to eat?) and mountains and maybe a moose sighting. Quite frankly, I was a bit hesitant about the whole trip. I have never been the rugged outdoor type, and felt like a complete fraud when I stepped into the R.E.I store for the first time in search of waterproof hiking boots and rain gear. So, with my bags now appropriately packed, we headed to Anchorage and the start of ten glorious days of discovery.

We arrived to a dreary cold scene, which was actually a pleasant change from the 105 degrees we hit in Atlanta the week prior. Our tour started with a bang. The first night at dinner, we had the pleasure of meeting Petra the eighteen year old bald eagle. She was regal and beautiful and just the beginning of the spectacular natural beauty we would see on this trip. 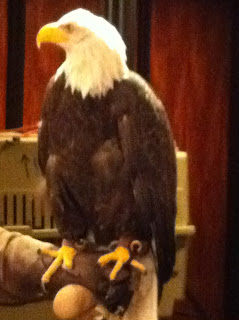 Everyone, I met before my trip, who had already been to Alaska, assured me that I would be awed by the beauty. Blah, blah blah.....I really just wanted to eat good food and come back with some delicious culinary inspirations, as I had on last summer's trip to Italy. That did not happen, while I did have several interesting meals, I had to put my love of food photography on hold. It was really not that hard to find something amazing to take a picture of. Iditarod sled dogs, Mt. McKinley, glaciers, running rivers, icy lakes, colorful flowers and the animals at the wildlife preserve. It was amazing! 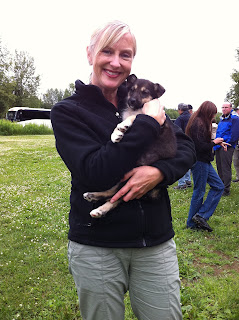 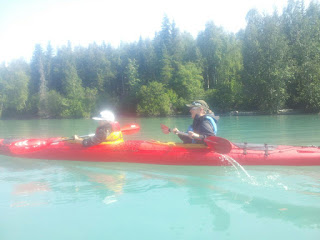 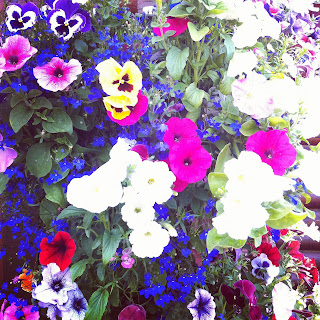 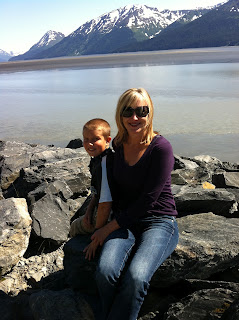 There were many firsts for me on this trip. Kayaking, a five mile mountain hike, a jet boat ride and a trip up in a small plane to view Denali, just to name a few. But perhaps the most breath taking thing that I witnessed, was watching my son have the time of his life. To see the grandure of Alaska through his eyes and personal experience was wonderous.

So, I did not come back from Alaska with an inspired recipe, but instead, a new love of nature, the great outdoors and of course, my new waterproof hiking boots. The Alaskan's are passionate about their state and are the most resourceful group of people I have ever encountered.

Now, as I plunge head first into the new school year and my busy fall work schedule, I will reflect fondly on the tranquility and beauty I found in Alaska and try to carry some of that with me in the hectic weeks ahead.

Posted by Passionate Plate at 8:52 AM

Passionate Plate
My passion for all things culinary goes back as far as I can remember. I have traveled the world and seen many famous sites. For me,the things that remind me of the places I have visited are not the monuments and fine works of art, but the tastes and smells of the food and drink of a particular locale. After years of wondering "what if", I bit the bullet and enrolled in culinary school at the International Culinary School at The Art Institute of Atlanta. Since my graduation, I have had the pleasure of working with Chef Nancy Waldeck of Taste and Savor. Here, I have acquired a whole different type of education under her patient guidance. Learning how to do cooking demonstrations, food styling and most importantly, how to make food that is healthy and delicious. I am starting my own blog so that I may share my personal culinary journey through my photographs and ramblings. Follow me on Twitter @passionateplate.com